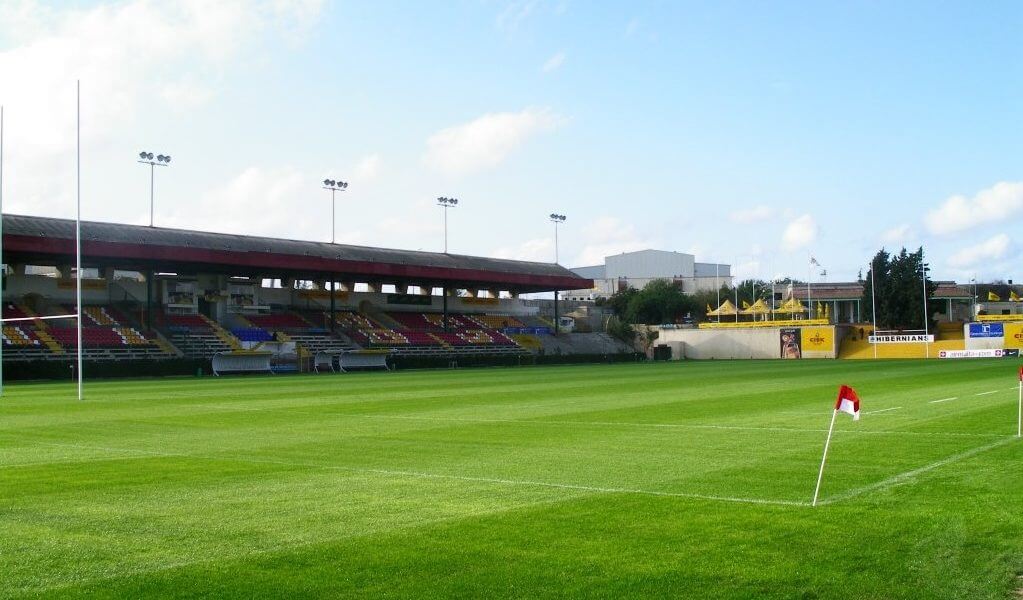 Just a few days after Valletta F.C. were crowned Champions of Malta, keen nationwide football fans will now turn their attention to this Friday (6th May), as debuting BOV Premier League side St. Andrews F.C. fight to retain their place in the highest division of Maltese football for a second season.

The Pembroke-based club takes on Senglea Athletic F.C., who have enjoyed a fantastic first season in the BOV First Division, in an all-important play-off match which will be played at 19:30 (CET). 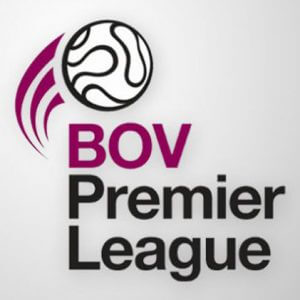 The final match in the BOV Premier League 2015/16 Season will be played on Friday, 6th May 2016 – a match which is that little bit more magical than the rest. (Image source: TVM Official Website)

The rise of both these clubs in recent years has been inspiring, and their fate for the 2016/2017 season will be decided in front of a passionate crowd at the Hibernians Stadium in Paola. This is due to a new league competition system, introduced as from the 2015/16 campaign, in which the tenth placed Premier League club (the division contains 12 teams) goes head-to-head in a play-off against the third placed club from the First Division.

“The rules are simple: the winning team will ply its trade in the Premier League next season, with the defeated side having to settle for First Division status. If the match is draw after extra-time, a normal penalty shootout will settle the score.”

Let’s take a look at the two clubs, and what each will offer to this enthralling fixture: 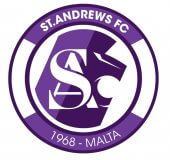 Founded as Luxol St. Andrews in 1968, the club that boasts Malta’s largest academy and some of the very best local facilities was promoted to the BOV Premier League following a successful 2014/15 campaign, in which they finished as runners-up. This was the club’s second promotion in recent years, having finished in second place in the Second Division of season 2009/10. 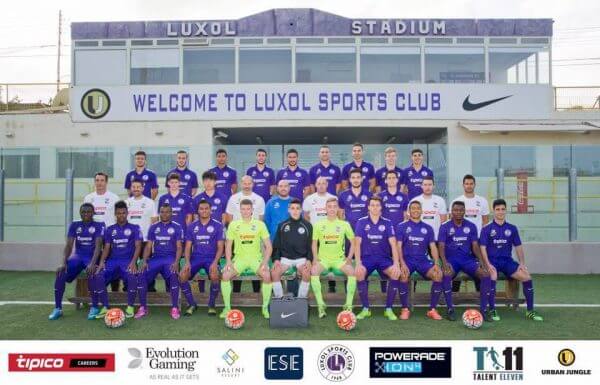 In order to maximise their chances of success in the division, St. Andrews F.C. partnered up with Swiss company Talent 11, led by Denis Guerra, who would oversee the senior team’s operations for the season. With twelve consecutive defeats and no points to show for, Wayne Attard, who had replaced Brian Said in the summer for a second spell at St. Andrews, stepped down as Manager in late November and was replaced by his assistant, Jose Borg, who was pivotal in Raiders (Luxol) F.C.’s successes in the BOV Women’s League over the previous season. Following a major reshuffle with the club’s foreign players, the club’s fortunes changed and performances improved drastically. 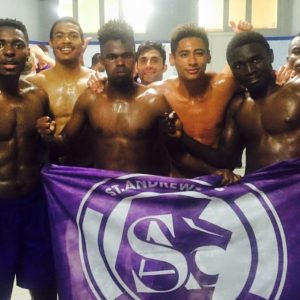 After 22 matches, St. Andrews were 10 points adrift of safety – but this deficit was halved due to the way in which the Maltese Premier League is regulated, whereby the points of teams are halved as a means of maintaining competitiveness throughout the season. As controversial as this system is (I for one don’t like the fact that some games have a higher weighting than others in a league system), it was exploited by St. Andrews, who entered the final 11 matches with as strong a squad as they had all season – with the experience of the club’s captain and highest scorer Joseph Farrugia, the quality of their foreign players (such as Won, Eloy, Francis, Enmy, Solomon, Jona and Victor) and the enthusiasm of some of Malta’s top youngsters in Jake Galea, Dale Camilleri, Matteo Desira Buttigieg, Michael Johnson, Kyrian Nwoko and Jacob Walker, establishing a recipe for success.

St. Andrews were eliminated by Sliema Wanderers in the quarter-finals of the FA Trophy. They collected 10 points in their final eleven league fixtures, and secured their opportunity of survival with a 4-2 final day victory against Qormi F.C., who they condemned to the First Division on the 29th April. The win meant that they ended the season on 13 points, with a negative goal difference of 58 goals. In the penultimate match, St. Andrews had beaten Naxxar Lions 3-1, also playing a pivotal role in the relegation of this club, ending the season with two solid wins. 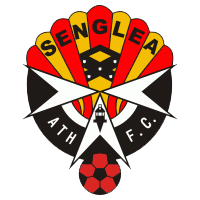 Senglea Athletic F.C. was founded in 1943, towards the end of the Second World War, to represent the city of Senglea (‘L-Isla’ in Maltese), one of the Three Cities in the Grand Harbour area, within Maltese football. Having been promoted from the Third Division as recently as the 2012/13 season, the club’s rise through the divisions is quite marvellous. Last season, Senglea Athletic came back from a 1-0 deficit to beat Zejtun Corinthians 2-1 on the 12th April of 2015, securing promotion to the First Division via third place. 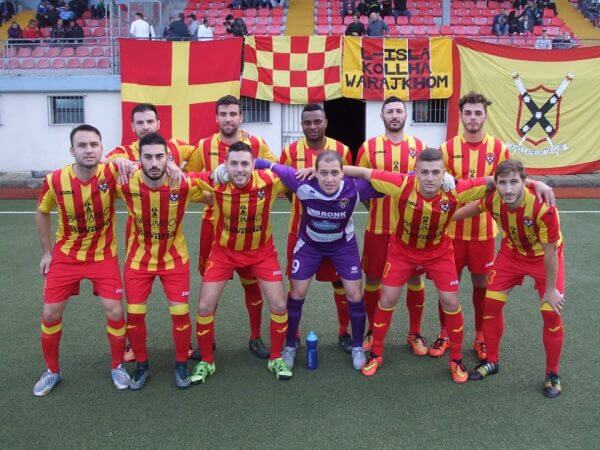 The Senglea players pose for a photo before a First Division match in the 2015/16 season. (Image source: Senglea F.C. Official Facebook Page)

Although the main objective of the club was to secure First Division status as quickly as possible, the Yellows, as they are known by their supporters, made a number of key signings throughout the summer which signalled that the club’s ambition was greater than settling for mediocrity. 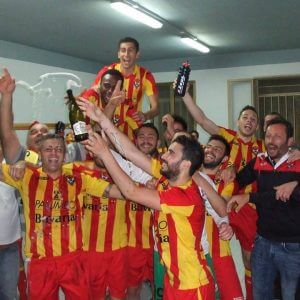 An incredibly consistent season and a particularly strong finish, being unbeaten in their last ten outings, meant that they finished in third place out of fourteen teams in the division, on 52 points and with a positive goal difference of 26 goals. Currently managed by player-coach Pablo Doffo, who replaced Edgar Degabriele early in the season, Senglea Athletic F.C. were eliminated in the second round of the FA Trophy by Pieta’ Hotspurs, who they pipped to the play-off spot in the league. Their top scorer for the season was foreign striker Austin Obaje Smith, the league’s second highest scorer, who also won the award of MFPA 1st Division Best Player.

A win for Senglea Athletic on Friday would represent two successive promotions. Mere participation in this play-off fixture is a massive achievement in itself for the Cottonera club.

Head-to-head: The numbers achieved by the two clubs over the past few seasons across the divisions. (Data source: MaltaFootball. © Bartolo Bros)

Having played in different divisions for the majority of the last few seasons, it is not possible to compare the statistics of the two teams presented above since a like-for-like comparison isn’t on the cards. Over the said time-frame, St. Andrews have averaged in at the 15.5th position in Maltese football, while Senglea were positioned in 30.5th on average. 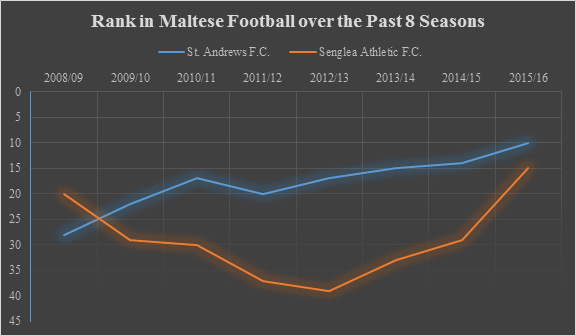 Head-to-head: Trend line of how both clubs increased their overall stature in Maltese football over the past few seasons. (Data source: MaltaFootball. © Bartolo Bros)

It is hard to look beyond St. Andrews in this fixture. Such play-offs usually present interesting challenges because the lower-end top division club would generally be struggling for form, meaning that morale tends to be low. However, this is not particularly the case with St. Andrews, who have gained impressive momentum to move them out of a dire situation and present them with this opportunity. Senglea, themselves, are in great form, making for an entertaining ninety minutes of football that can go either way.

“The quality gap between these two sides will see St. Andrews F.C. retain their status among Malta’s elite.”

Will the quality gap between the two divisions be too much for Senglea Athletic F.C. to cope with, or will they flourish in their position as underdogs? Will they benefit from the fact that St. Andrews will be able to utilise a total of five foreign players, as opposed to the seven that are allowed in the BOV Premier League? Will Jose Borg’s absence in this huge encounter (due to a suspension the coach is still serving from a few games back) affect the Premier League side? There’s only one way to find out. See you there!

What is your verdict on the match? Place your vote and leave a comment below!